Finding the next gi to add to your collection is always an exciting time. Back in the day, the choice of brands and styles were somewhat limited…

There’s an astounding number of brands, colors, designs and styles to choose from.

One company that seems to stand out from the crowd, both in terms of design and quality is War Tribe.

Which is why we’ve decided to write up this War Tribe gi review, where we’re going to take a look at 4 of their most popular gis, dissect them and reveal the good, the bad and the ugly of each individual gi.

SPOILER ALERT: There isn’t really much ‘ugly’ in these gis, as each one is designed with such artistry and attention to detail that they could easily be seen hanging from the walls of the Met (if the Met hung BJJ gis from the wall of course).

Who Are War Tribe?

War Tribe are a US based company offering a range of different BJJ and MMA fight wear and equipment. While still very much the ‘new kid on the block’, War Tribe gis are quickly becoming common sight in gyms across the globe.

Their motto of “You only live once, but if you do it right… once is enough” embodies their drive to deliver BJJ and MMA practitioners with the gear to both feel and perform their best.

“To elevate the sport and lifestyle of mixed martial arts through our innovative products while promoting the Jiu Jitsu way of life. One who wears War Tribe is born to win, determination is in their blood and inevitable success is in their future.”

Sounds like War Tribe is for you? Then read on!

One of the key determining factors when deciding which gi to buy, is the price.

Typically, you’re looking at around $90-$200 for a first hand War Tribe gi. To be honest, this is very much standard for the quality and well-finished style that these gis have to offer.

Who Are the Gis Meant for?

I would say the War Tribe gis are for people that have been doing BJJ for a while, and are willing to fork out a little extra for a durable gi that’s going to last a decent amount of time. Their designs can also be quite brash, so maybe having a more low key gi first could be the way to go.

Ok, with the formalities out of the way, lets begin our review of the 4 War Tribe gis.

Up first, we’ve got the War Tribe Reaper gi, a nice looking, well built gi for those of you who like a minimalist approach to your gis' design. Available in both black and white, the Reaper gi is sure to impress and have you feeling good on the mat.

In terms of design, this is one of War Tribes lower key gis, going for an all black, or all white look with faded grey being used for the branding dotted around the gi.

Inside is where the Reaper gi really stands out, with an incredibly well drawn image of… you guessed it, the Grim Reaper, wearing none other than the Reaper gi itself. I absolutely love this style of Gi and while the Grim Reaper inside the gi won’t often be seen, it’s a brilliant finishing touch that really takes the gi to the next level aesthetically.

While looking good is important, it’s equally important that the gi has the build quality and durability to match. My biggest fear with a well designed gi, is that it's going to be all style, no substance. Fortunately however, this isn’t the case with the Reaper Gi by War Tribe.

The fabric in a pearl weave gi is sewn together incredibly tight, meaning that they can last along time, under a lot of use before they start to show signs of wear and tear. Similarly, ripstop pants, as the name suggests are designed to be tear resistant, and even if they are to tear, by design, the tear shouldn’t get any bigger if you put them in the wash.

The inside fabric is made using sublimated mesh lining, meaning that the print will not run in the wash or from sweat. Whilst the breathable material keeps you cool whilst training or competing.

All in all, an incredible gi both inside and out.

Next up we’ve got War Tribes' Legacy Gi II, a limited edition gi with a slightly bolder design than the Reaper Gi we just discussed. However, unlike the Reaper Gi, the Legacy Gi is only available in one colour – grey with blue trim.

Being a limited edition gi, I’m not too sure how long this is going to be around. Hopefully War Tribe continue to release the gi for a while, as I know a fair few people are looking to get their hands on one.

What else can I say other than Wow… What a frickin good looking gi. Although only available in one color, War Tribe have outdone themselves with this one.

The gi features an all grey design, with an aqua blue trim that accents the gi nicely. The War Tribe branding is nicely spread out throughout the gi, however isn’t at all garish and in your face like other brands *cough*Venum*cough*.

War Tribe have implemented what they call “Zero Grip Comp Sleeve”, which means that the sleeves have been tapered with minimal extra fabric. This is done to provide your opponent with less material available to establish a grip, therefore providing you with a slight competitive edge, especially if they’re wearing a regular cut gi.

The Quality of the Legacy Gi II is very much in line with what you would expect from a reputable brand such as War Tribe.

The Gi itself is constructed using 400GSM pearl weave material that is 100% cotton fabric. This is 50GSM less than the Reaper gi, meaning that it will be lighter, therefore more ideal for competitions and training in a warm climate.

With 10oz ripstop pants alongside double reinforced stitching, the Legacy Gi II is set to be one of the most durable gis available. The pants themselves have been tailored in order to make it easier for the wearer to move, however harder for a grip to be established.

Admittedly, the Legacy Gi II doesn’t come cheap, but with it’s durable construction, you’re sure to get a good bang for your buck, as you’ll be wearing this for years to come. Plus, this is one of the nicest looking gis around, so you’ll both look and feel good whilst wearing it.

For many people, especially those new to BJJ, gis can get pretty uncomfortable, especially if you’re training for long periods of time in warm weather. Knowing this, War Tribe have made a conscious effort to cater for the demand for a lightweight, comfortable gi without sacrificing quality.

With that in mind, they’ve released their second generation of ‘ultra light’ gis, learning and improving from their previous rendition. This is one of the best quality lightweight gis around – both in terms of looks and durability.

And… they’ve aptly named their ultra light gi the “Hydrogen”, after the lightest element on the periodic table. Ingenious.

The War Tribe Hydrogen gi is available in black, white and blue, and much like their other gis features very little branding.

This in turn allows you to add your own patches in your desired location, whether that be your clubs patch or even a cool patch you found on the internet. I love the idea of taking an already incredible looking gi and adding your own personality into it, which is a great move by War Tribe, and one that I’m sure many people also enjoy.

Continuing with the theme of Hydrogen, the War Tribe logo dotted around the gi is noticeably atomically influenced, which is both extremely clever and looks great.

It’s clear that War Tribe put a lot of thought behind their designs, which I’m sure is a major reason they’ve had so much success out of the gate.

Being one of the lightest gis that War Tribe have to offer, the Hydrogen gi is constructed using 350GSM cotton pearl weave fabric. For reference, this is a whole 100GSM thinner than the Reaper gi we first discussed, so it’s definitely a ton lighter.

Similarly, War Tribe have opted to use 8oz ripstop pants, as opposed to the 10oz pants that you’d normally see in a BJJ gi. It’s safe to say they’ve taken ‘the lighter the better’ approach to this gi, which is probably why it’s so goddam comfortable.

As you would expect, the Hydrogen gi features double reinforced stitching along all the seams and major stress points of the pants, such as in the knees and groin.

Finally, although extremely light, the Hydrogen gi has been certified as IBJJF legal, meaning that you can compete in this gi. This is particularly ideal for those of you on the border of the next weight class and are looking for a lightweight gi to compete in.

The cherry on the cake here really is the price… This is probably due to the fact that less material has been used to construct the gi, therefore they can offer it at a lower price tag.

The final War Tribe gi we’re going to be reviewing today is their IceWeaave Gi. This is by far one of the most innovative gis not just sold by War Tribe, but by any BJJ company in the world.

Aptly named the IceWeave gi, this gi is designed to keep you cool and comfortable whilst training.

As always with a gi from War Tribe, the design has been meticulously crafted. Playing off the name, the gi features an all-white design with an aquatic blue trim. They have used more branding than they usually do though, however it’s been done to a tasteful standard, with the gi still sporting a very clean look.

The IceWeave gi has all the tell tale signs of a high quality gi, featuring double reinforced stitching alongside 10oz ripstop pants.

This fabric is comprised of 65% cotton and 35% performance polyester fabric. The aim with this is to create a moisture wicking material that prevents the absorption of sweat and accelerates drying. This in turn creates a gi that keeps you cool whilst you spend those gruelling hours rolling on the mat.

This is one of War Tribes cheaper models, most likely due to the fact that the gi is so lightweight. If you’re on the hunt for a gi that’ll keep you cool whilst training and won’t break the bank, this is surely the right way to go.

If none of these gis take your fancy, you could consider checking out Tatami Estilo 6.

Tatami have been making gis for years now and have truly perfected the art of gi construction. Although costing a pretty penny, the Estilo 6 is regarded as one of the most durable gis around, providing BJJ practitioners with years of use.

We’ve got a full Tatami Estilo 6 review if you want to give that a read.

Although still new to the BJJ industry, War Tribe are making waves with their incredible looking and innovative gis. I expect it’s not too long until they’re one of the most sought after brands on the market.

Thanks for taking the time to read our War Tribe Gi reviews, I hope you’ve found it useful and feel free to ask any questions you may have in the comment section below. 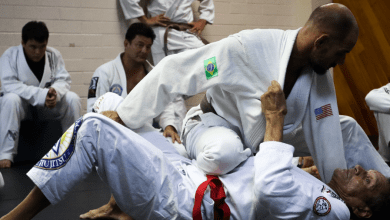 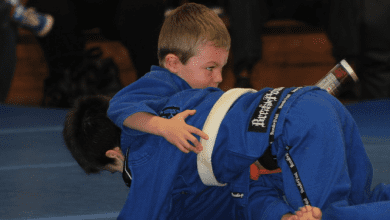 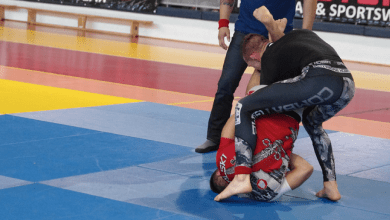 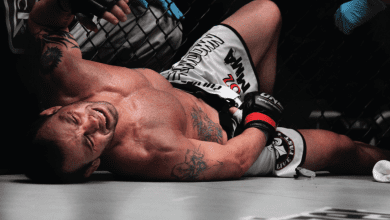