With martial arts continuing to grow in popularity year after year, it’s easy to find yourself wondering “what martial art should I learn?”.

Fortunately, you’ve come to the right place, as we’re going to break down the process and discuss how to choose a martial art, even if you’ve got no experience what so ever.

We’ll take a look at some of the reasons you may want to start a martial art, and how they can effect the specific discipline that’s right for you.

As well as this, I’ll also discuss the different types styles and give a number of examples of the best martial arts to learn and what each one entails. Want to Share This Image? Use the Embed Code Below:

Why Do You Want to Start a Martial Art?

When deciding which Martial Art to start, it can often be a good idea to ask yourself why you want to start one.

Is it purely to get in shape? Learn to defend yourself, or even both?

By knowing what you what to get out of learning a Martial Art, you’ll be better suited to choosing the right discipline for you.

Striking based Martial Arts involve utilising different parts of your body to attack your opponent, typically via punches and kicks. The types of strikes permitted will vary depending on the Martial Art.

Grappling based Martial Arts typically involve holding onto your opponent and either attempting to take them down to the ground, pin them on the ground, or submitting them via a joint lock or choke.

As the name suggests, Armed Martial Arts involve the incorporation of some form of weaponry. Due to the fact that we no longer casually walk around with a weapon tucked into our trousers, these are becoming less popular due to their lack of application in a real life scenario.

Still though, Martial Arts involving weaponry are great fun and can also provide great exercise in a unique and entertaining way.

What Are Some Popular Martial Arts?

Below is a list of 7 different Martial Arts that are very popular today. While there’s a wide variety more than this in the world, these 7 will likely be the easiest to find in terms of locating a club near where you live.

Judo is an Olympic sport that was created in Japan by a man named Jigoro Kano. Kano decided to adapt and modify the traditional Japanese Martial Art of Jiu-Jistu, as he himself was a lot smaller than his fellow practitioners. With that in mind, Kano wanted to create a Martial Art where the smaller person can utilise their opponent bodyweight their advantage.

Judo is a grappling based Martial Art that takes place both standing up and on the ground. The aim of Judo is to either throw your opponent flat onto their back, pin them on their back or to submit them via an arm-lock or choke hold. The Martial Art is performed whilst wearing a Judo Gi, which is comprised of a jacket, known as a Kimono, pants and a belt.

Judo is very much an ‘up close and personal’ kind of Martial Art. If you’re not too comfortable with someone else being in your personal space, then this may not be ideal for you, especially when on the ground when things can get a bit claustrophobic.

That said, Judo teaches discipline, is a fantastic form of self-defence and provides a great, well-rounded work out.

Brazilian Jiu-Jitsu (BJJ), was adapted from the ground aspect of Judo (discussed above), when one of Jigoro Kano’s students made their way to Brazil.

Unlike Judo, BJJ takes place predominantly on the ground, with the aim being to submit your opponent via the variety of different techniques permitted. If no submission is performed through out, the match can either be deemed a draw, who the winner decided by who accumulates the most points.

BJJ is a very physically intense exercise, meaning it’s an awesome way to get in shape. With that in mind, you’ll probably find yourself sitting out a few rolling (sparring) sessions on the side whilst you take a breather for your first few classes.

What’s more BJJ is as much a mental game as it is a physical one. This is due to the sheer volume of techniques that can be utilised to both defend and attack your opponent. It’s because of this that achieving a black belt in BJJ can take more than 12-years.

Much like Judo, BJJ is probably not ideal for anyone who feels claustrophobic or likes their own personal space. Having someone on top of you, trying to choke you for 3-minutes straight isn’t everyone’s idea of fun. That said, after a couple of years, you’ll be the person on top!

Muay Thai, also known as Thai Boxing or the “Art of Eight Limbs”, is a striking based Martial Art originating in Thailand.

Much like boxing, Muay Thai typically takes place in rounds, usually consisting of 5 3-minute rounds in a professional fight.

The aim of Muay Thai is to either knock your opponent out (KO) or to win more rounds than them, allowing you to win by decision.

Muay Thai is definitely one of the more intense Martial Arts out there, purely because it allows the use of both knee and elbow strikes, alongside regular punches and throws (hence the name “Art of Eight Limbs”).

What’s more, a small amount of grappling is allowed in the form a clinch, which is essentially where each fighter has their arms around each others neck. From this position, strikes can continue to be thrown.

Muay Thai is typically performed wearing a pair of Muay Thai Gloves and shorts, and usually with the addition of shin guards and head gear in training.

Muay Thai is one of the most effective Martial Arts to learn, purely because so many different techniques are allowed.

Similarly, if you like the idea of transitioning into Mixed Martial Arts further down the line, then Muay Thai can provide you with a solid foundation of knowledge and skill to do so.

On the other hand, if you’re looking for something a little less intense, then perhaps Muay Thai isn’t the right Martial Art for you.

Kickboxing is very similar to Muay Thai, however there are a few less strikes permitted. For example, you can’t kick your opponent in the lower leg, which is a highly effective and common strike used in Muay Thai.

Kick boxing is a highly technical martial art, that depends much more on the boxing aspect of things compared to Muay Thai. This is especially true in the GLORY/ Dutch style of kickboxing, where punches are integral to the Martial Art.

As such, taking up Kickboxing opens up a lot of doors as to other Martial Arts you can try your hand in. Whether that be Muay Thai, Boxing or MMA, the skill set from Kickboxing can easily translate into other combat sports further down the line.

Basically, Kickboxing is very versatile and teaches highly technical striking that can later be transferred to other disciplines.

Karate is probably one of the most well known Martial Arts around thanks to movies such as the Karate Kid. That said, Karate has recently again come under the lime light, thanks to it’s inclusion in the 2020 Olympic games.

Karate is a striking based Martial Art, founded in Japan. While modern day Karate is just over 100 years old, it’s influences and routes trace back thousands of years, to some of the oldest Martial Arts to originate in South East Asia.

There are a number of different types of Karate, with the most popular being point Karate. As the name suggests, the aim of the game is to score more points than your opponent, by landing more strikes.

If, at the end of the match you have more points than your opponent you win. Similarly, if you amass an 8-point lead during the bout, you win.

Of course, in full contact Karate, you can also win by rendering your opponent unable to continue the bout.

Another type of Karate is known as “Kata”. Instead of fighting against an opponent, the aim of Kata is to display a routine of techniques while attempting to maintain perfect form.

If you’re looking to learn a Martial Art, but without the physical contact, then Karate Kata is definitely a solid option. You’ll learn techniques and form, but won’t have to get hit in the face.

Point Karate however is very skilled and tactful, requiring great technique and timing in order to out-point your opponent. A great example of this is Stephen Thompson, a UFC fighter and former Point Karate Champion, who is incredibly elusive in the cage and very hard to hit.

This comes from his background in Point Karate, making him one heck of a counter-attacking fighter.

While not strictly a Martial Art in a technical sense, it’s still a combat sport that involves fighting another person.

Expect a lot of focus on cardio and technique. Boxing matches tend to last a long time and usually contain a high work rate, so keeping in shape is extremely important.

Similarly, technique, both offensively and defensively is incredibly important. With that in mind, boxing can take years and year to truly excel at, and even then, there’s always more to be learnt.

If you like the idea of solely trading punches and consider yourself a bit of a Rocky fan, then boxing is probably for you.

If like me, you find boxing a bit limiting in terms of techniques, then perhaps look at another Martial Art on this list such as Muay Thai or Kickboxing.

MMA stands for Mixed Martial Arts, and as the name suggests, involves blending different elements of multiple disciplines into one Martial Art, governed by it’s own rule set.

As such, a wide variety of techniques can be used in MMA, which can take place both on the feet and on the ground. Similarly, both striking and grappling techniques are allowed, as well as a number of different submissions.

MMA is a fairly new Martial Art, only becoming popularised with the rise of the UFC (Ultimate Fighting Championship), which was founded in the early 1990’s. While blending multiple Martial Arts together is nothing new, for example Bruce Lee’s Jeet Kune Do, MMA in itself with it’s own rules, has been around for less than 30 years.

Expect an overload of information at first. This is due to the fact that you’ll need to learn the basics of striking, wrestling, submissions and then have to mix them all together.

That said, MMA is one of the most well rounded Martial Arts that no matter how long you’ve studied it, there’s always more to learn and improve upon.

If you like watching the UFC, or don’t like the idea of being limited by one specific style of fighting, them MMA is for you.

Having said that, most people usually study a singular discipline first, then transition into MMA once they are more than competent in their first discipline.

How to Choose a Martial Art: Final Thoughts

Hopefully this article has shed a bit of light on the different disciplines out there and you’ve a better idea of how to choose a Martial Art.

If you’ve got any questions, feel free to ask away in the comment section below.

Thanks for stopping by! 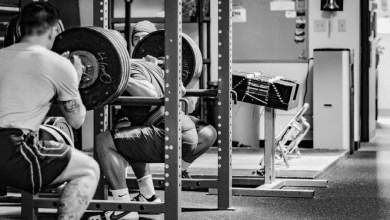